The king betta is just one of over 70 varieties of freshwater fish known as betta fish. They are also sometimes referred to as Siamese fighting fish.

There are two reasons for this alternate name. The first reason is that the male of the species is very aggressive, and tends to attack and fight with others.

This species is native to certain parts of Southeast Asia, with Thailand being one of the most common origins of betta. Many years ago, Thailand used to be known as Siam. Hence the name Siamese fighting fish.

The king betta is a beautiful fish with spectacular colors. It is popular with many aquarists because of its striking appearance. The king betta is a popular species of freshwater fish. Its striking colors set it apart from other fish, making it a popular choice for the home aquarium.

The scientific name of the king betta is the Betta splendens regen. It is also sometimes commonly referred to as just the betta. It belongs to the family of Osphronemidae. These are all freshwater fish.

The king betta is an ‘anabantoid’ fish. It has a labyrinth organ. This is an organ that enables the fish to breathe in oxygen from above the surface of the water.

The king betta male has a very aggressive temperament. He will attack any other fish of the same species. This is why it is also known as the Siamese fighting fish.

Because the king betta male is known to be highly aggressive, he is likely to attack any other male bettas that appear to be threatening to him.

Due to its aggressive behavior, it is often a good idea to keep your king betta separate from other fish, alone in his own little aquarium.

If you prefer to keep him together with other fish in one tank, it is advisable to select the tank mates very carefully, only pairing him with others of a very placid and non-threatening demeanor.

A calm, content king betta will swim around in a relaxed and smooth motion. However, if he is swimming very fast, and constantly bumping into things, and appears to be in a frenzy, he may be feeling stressed or anxious. The king betta can be found in many different colors. The colors are bright and vibrant, giving the fish a very striking appearance.

The colors of the king betta are what give this fish its tremendous appeal. They can be found in various bright colors, such as blue, red, green, and orange. The males tend to have brighter coloring, while the females are slightly less vibrant.

The fins and tails of king betta are exceptional. They flow gently and smoothly through the water.

The king betta differs from other species of betta in that its body is slightly larger, but its fins are shorter. This fish is not very big at all. An average fully grown male will only reach a length of 2-2 ½ inches, while the female will be slightly smaller. 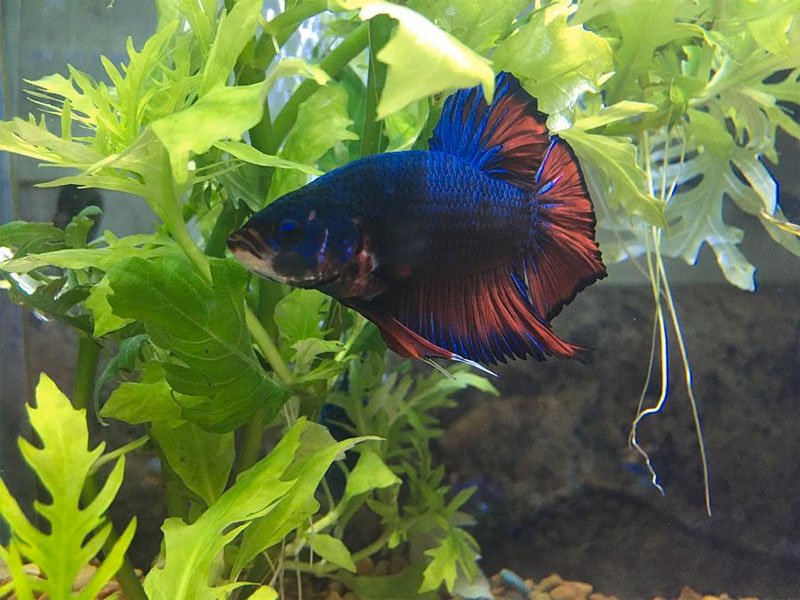 King bettas are originally from the marshy rivers of Southeast Asia. Therefore, it prefers water that is slightly warm and will not do well in very cold water.

The rivers in their native zones are usually either still and swamp-like, or very slow-moving. As a result, the king betta needs water with a very mild or gentle current. It does not enjoy rapid water movement.

King bettas like an aquarium with moderate water parameters. It cannot cope well with extremes.

If the water gets too cold, your king betta will become more susceptible to disease. He will also become less active and lacking in energy.

The current in the water should be kept to a minimum because king betta prefers water that is almost still.

King bettas do not like hard water, and cannot tolerate it. The dGH (degree of General hardness) of the water in the aquarium should be maintained at between 5 and 20.

The fish does not like water that is too acidic. It is recommended to keep the pH between 6.8 and 7.

The king betta enjoys plants and rocks in his tank. He likes to have little places to hide and will sneak behind the rocks and into crevices. He will also be happy with one or two pieces of driftwood in the tank.

King bettas need some space to swim around. It is recommended to house him in a tank with a minimum of 5 gallons of water.

If you intend to keep more than one fish in the aquarium together with your king betta, you will need a slightly bigger tank.

King betta males are known to be extremely aggressive in nature, so you will need to exercise caution when choosing his tank mates.

The male king betta is likely to attack any other male of the same species.

While he will be happiest as the sole occupant of his tank, it is possible to add other fish as long as they are smaller than him, and placid in nature.

Female king bettas are also best kept as single fish, but can also be paired up with certain other fish.

The male and female king betta can be housed together for brief periods for breeding purposes, but may not get along with each other in the long term.

The cory catfish, ghost shrimp, guppies, and kuhli loaches are all suitable tank mates for the king betta.

A carnivorous fish, the king betta, should be fed small pieces of meat, such as bloodworms and live brine shrimp. You can also feed them mosquito larvae.

Do not overfeed your king betta. Feed small quantities twice a day, in the morning and evening,

The king betta requires a moderate amount of care and attention from you. The tank conditions, as set out above, are important for your king betta’s well-being.

A build-up of algae and other organisms can be very harmful to your fish. The tank needs to be cleaned regularly.

The water parameters need to be checked frequently and maintained at the correct level. The minerals in the water, such as calcium and magnesium, should be tested on a regular basis.

The king betta is fairly easy to breed. The female will lay a few eggs at a time, and the male will then fertilize them. The female catches the fertilized eggs and holds them under her fins.

The eggs hatch within about 2-3 days. The tank should be kept securely covered, in order to maintain a warm, humid environment for the young fry. 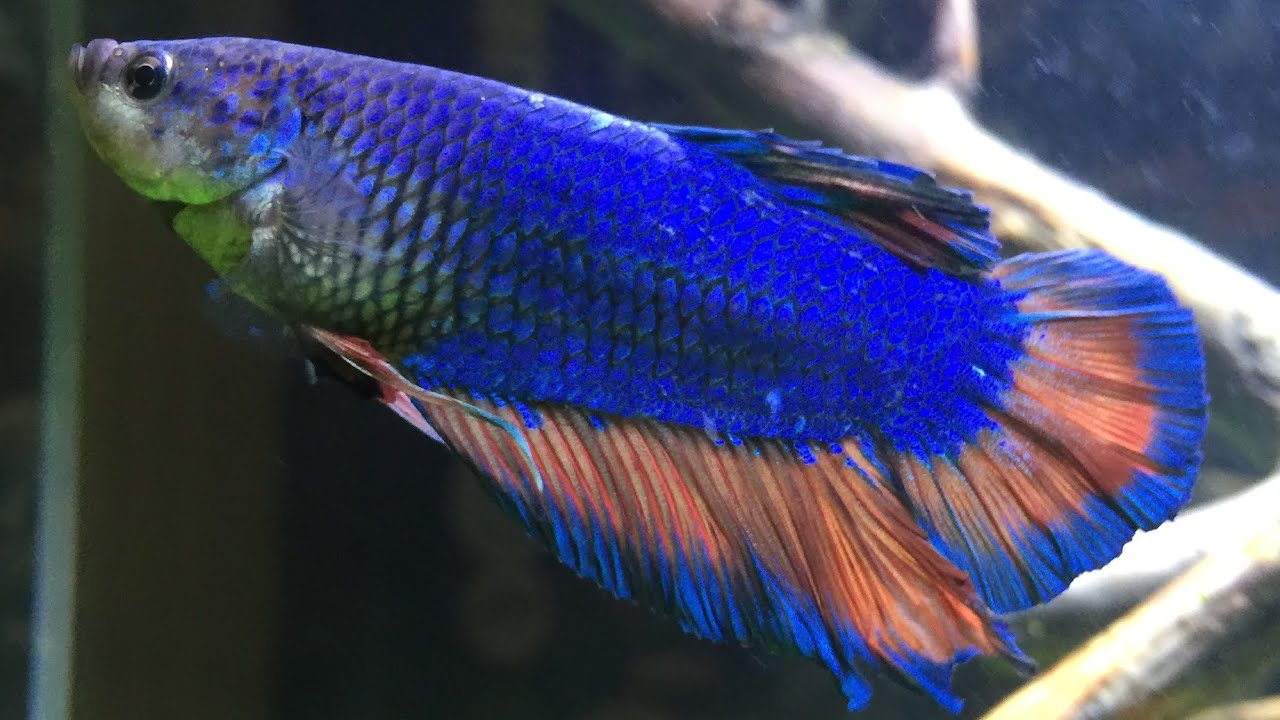 Is the King Betta Suitable for Your Aquarium?

King bettas prefer to be in a tank of his own, rather than part of a community of fish.

Many keen aquarists may want to keep this species, because of its attractive appearance and striking colors.

As long as you maintain a suitable environment for the king betta in your aquarium, there is no reason why you should not keep this beautiful fish.

June 13, 2022 Robert
About Robert 454 Articles
Robert Woods is the creator of FishKeeping World, a third-generation fish keeper, and a graduate in animal welfare and behavior. He is also a proud member of the Association of Zoos and Aquariums, the Marine Aquarium Societies of North America, and the Nature Conservancy.