The alien betta is one of many different species of betta fish. It is called an ‘alien’ betta because it is the result of cross-breeding of two different varieties, bringing about a fish with a new and unusual look.

The alien betta is a beautiful fish with a striking appearance. It is a popular freshwater tropical fish, often chosen for a home aquarium because of its appealing look. The alien betta is a tropical freshwater fish. It is a popular choice for enthusiastic aquarists. Its unusual coloring makes it stand out from other fish.

There are numerous types of alien betta, based on their underlying colors. For example, you may find a green alien betta or a copper alien betta.

The scientific name of the alien betta is the Betta splendens complex. They belong to the family of Osphronemidae and are all freshwater fish.

The alien betta is an ‘anabantoid’ fish. It has a labyrinth, a unique organ that enables it to breathe in oxygen from above the surface of the water.

The male alien betta has a highly aggressive nature. It will attack and bite any other male bettas, even other varieties of betta.

Because the male alien betta is so aggressive in nature, he will attack any other male betta. He will think that another male of the same species is there to invade his territory, and he will attack to protect it.

Therefore, it is sometimes good to give your alien betta his own space in a separate tank.

However, if you prefer to have a community aquarium, choosing the tank mates very selectively is recommended. The alien betta should be paired with small fish that are naturally placid.

When your alien betta is relaxed and happy, he will swim freely with soft, calm movements. However, very fast, frenetic movements will probably mean that he is feeling anxious and under threat. The alien betta is found in numerous different colors. It usually has an underlying bright green, yellow, orange, or purple color. But it also has a shimmery black or brown striped pattern covering the underlying color.

It is this unusual appearance that makes the alien betta so popular among fish-keeping enthusiasts. They will stand out from other fish in your tank.

The alien betta has a magnificent tail and fins. They are brightly colored and sweep through the tank in a smooth, tranquil movement.

The alien betta is a small fish. The average fully grown adult is about 3 inches. The females tend to be slightly smaller than the males and have a more rounded shape, while the males are more elongated. The betta species was originally native to the rivers and swamps of Southeast Asia. Therefore, the alien betta will do well in mildly warm water.

The alien betta needs water that only has very gentle movement, like the marshy rivers of Southeast Asia.

The alien betta needs moderate parameters in its water.

The temperature of the aquarium water should always be 75°-76° Fahrenheit. A water heater is necessary to keep the temperature steady.

The alien betta needs water that is almost stagnant. The current should be kept to a minimum.

The alien betta cannot tolerate hard water. The dGH ( degree of General hardness) of the water in the aquarium should be maintained at between 5 and 20, with a neutral pH of between 6.8 and 7.

The alien betta likes places to hide, such as behind rocks and in crevices.

The alien betta likes a lot of space to swim around. He will be quite happy alone in a 5-gallon tank.

However, if you want to add other fish to your aquarium, it is advisable to have a bigger tank. The male alien betta is highly aggressive towards other male bettas in his tank. He would be compatible with other smaller, placid freshwater fish.

The alien betta will probably be quite content in the same tank as cory catfish, ghost shrimp, guppies, and kuhli loaches.

The alien betta is carnivorous. It should be fed meat like fresh bloodworms, shrimp, and mosquito larvae.

Feeding should be in small portions, twice a day.

The alien betta does not need much attention. Keep the water parameters moderate and keep the tank very clean to avoid the build-up of algae.

Check the minerals in the water, such as calcium and magnesium, on a regular basis. The alien betta is quite tricky to breed. The male and female should both be of the same coloring in order to get a similar-looking fish.

The male will need to be surrounded by a few females in order to breed successfully. When he is ready, he will create a bubble nest near the surface of the water. He will then seek out a female partner.

Once his partner has laid her eggs, the male will take the eggs to his bubble nest and plant them safely in there. They will hatch within 2-3 days.

Is the Alien Betta Suitable for Your Aquarium?

The alien betta is a magnificent-looking fish. It will be a talking point among your friends. As long as you do not pair it with incompatible tank mates and your aquarium meets all of its other needs, you can safely keep an alien betta in your tank. 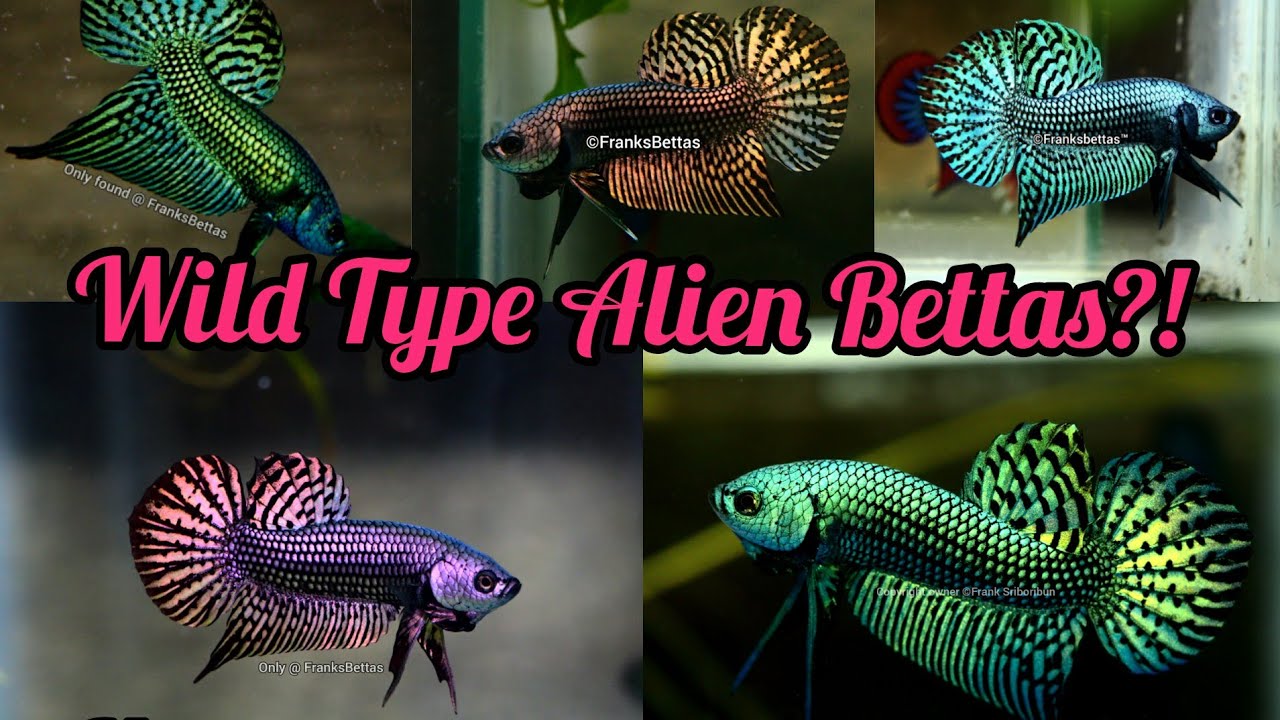