Picasso Triggerfish are beautiful fish covered in distinctive colors and shapes. They are very active, too, which makes them an even more attractive option for an aquarium.

These fish are quite territorial though, which might put off some beginner aquarists.

Luckily, Picasso Triggerfish are one of the easier triggerfish species to care for; there are ways to manage their aggression.

We will cover everything you need to know about Picasso Triggerfish in this article. The Picasso Triggerfish is scientifically known as Rhinecanthus aculeatus. It has many other names though, such as The Lagoon Triggerfish and The Blackbar Triggerfish.

In Hawaii, the species is known as Humuhumunukunukuāpuaʻa (or Humu Humu for short), meaning “triggerfish with a nose like a pig”. This name is shared with the Hawaiian state fish – The Rectangular Triggerfish.

The Picasso Triggerfish is a member of the Balistidae family, which encompasses all triggerfish (about 40 species).

These saltwater fish are found in the Indo-Pacific, primarily Hawaii, Polynesia, and the Philippines. Here it lives on shallow reef habitats, using rocks and corals as shelter.

These are fairly expensive fish, but their price can vary quite a bit. They could cost up to $125, so make sure you are getting a healthy individual by watching it for a while before purchasing.

A healthy Picasso Triggerfish will live for about 10 years.

Compared to other triggerfish, these are one of the easier species to deal with in terms of aggression.

They will be territorial and aggressive, but you can control this by providing lots of space and hiding places. Tank mate choice is also important.

They will eat invertebrates, so this species is not reef safe.

Be careful putting your hands into the tank because Picasso Triggerfish could bite you too. They often try to fend off divers in their natural habitat.

They are active during the day and will occupy all levels of the water column.

They may move things around in your tank a little if decorations aren’t secured down in the substrate.

Another thing to be aware of is noise. If you listen carefully, you may hear your triggerfish grunting. They do this to communicate, usually aggressively. It is easy to see why this fish is named after the famous Spanish painter. The Picasso Triggerfish combines colors and shapes in a unique and captivating way.

They have a large oval-shaped body that reaches 10-12 inches when fully grown. It is also laterally compressed, appearing quite flat.

Their body is primarily a tan color with dark gradients toward the rear and a white belly. On top of their head are bright blue/black stripes, and a yellow stripe runs from the mouth to the back of the head.

Their head gets smaller towards the front where there is a mouth with a strong jaw designed for breaking down shells and corals. Their small eyes are further back and sit at the top of the head.

Sexing Picasso Triggerfish is very difficult. Males tend to be slightly larger than females, but this can be tough to judge. You would naturally find Picasso Triggerfish in the Indo-Pacific Ocean. They live on shallow reefs around Hawaii, Tahiti, Kiribati, Polynesia, and the Philippines.

There would be plenty of light and water movement in these areas, but also many rocks and corals creating caves to hide away from these conditions or aggressive fish.

They will claim a territory and actively defend it. Most of their time will be spent here but they may roam in search of food.

The saltwater would be warm and alkaline.

The more closely that your aquarium resembles their natural habitat, the happier your Picasso Triggerfish will be.

Use live rocks to create some structures and caves to claim as a territory. Do not use corals, Picasso Triggerfish are not reef safe and will cause lots of damage.

Secure things down into a sandy substrate as this species is known to move things around.

Make sure that you leave plenty of open swimming space because these species are very active and will traverse the whole tank.

A Picasso Triggerfish’s preferred water conditions are pretty standard for a saltwater aquarium.

The aquarium needs to be well lit and well-circulated, so you may need to invest in a water pump or a filter with a strong outlet.

What Size Tank do they need?

Providing lots of space is important for making your Picasso Triggerfish comfortable in your aquarium, but it helps to reduce aggression too.

The minimum tank size is 100 gallons, but larger tanks will further reduce the likelihood of aggressive outbursts. Even though they are calmer than most triggerfish, Picasso Triggerfish are aggressive and territorial. There are ways to control this, but it’s not possible to remove these behaviors entirely.

They can be added to community aquariums, but your choice of tank mates will be crucial.

Any other fish should be aggressive themselves so that everyone can defend themselves. Don’t choose small fish; they will soon be eaten if they can fit into a Picasso Triggerfish’s mouth.

You could try things like Lionfish, Snowflake Eels, and Surgeonfish (of a similar size).

These fish are not reef safe – keep them away from corals.

It’s not just corals though, you should be avoiding all invertebrates. Creatures like shrimp will be viewed as snacks since invertebrates make up a big part of a Picasso Triggerfish’s natural diet.

Can You Keep Picasso Triggerfish Together?

Only keep one Picasso Triggerfish per tank, or else you risk bringing out their territorial nature even more.

Some people have managed to keep a pair together by introducing them as juveniles, but it is not worth the risk.

Picasso Triggerfish are largely carnivorous, so they need plenty of meaty foods full of protein.

In the wild, they would prey on invertebrates like clams, shrimps, and snails. Sometimes they’d manage to get larger foods like squid.

Replicate these feeding habits at home, not only to provide a healthy diet but to wear down their teeth too.

Picasso Triggerfish teeth are always growing, so they need to regularly eat hard-shelled creatures to keep them at a good size.

You can choose between live and frozen foods; both are very nutritious options. Vary the diet as much as you can though, to provide a wide range of nutrients to keep them stronger.

You should give them small amounts to eat 2-3 times a day.

Once an aquarium is set up to their liking and suitable tank mates have been chosen and introduced, Picasso Triggerfish are fairly easy to care for.

With general tank maintenance (regular water changes etc.) and a healthy diet, they should be very happy in their environment.

Be careful when putting your hands into the tank for cleaning, this species has been known to bite when they feel threatened.

In a clean tank, diseases should be rare, but Picasso Triggerfish can still pick up common saltwater diseases. They are hardy fish that respond well to treatment.

Quarantine them in a separate tank to carry out the treatment. It is also a good idea to quarantine newly purchased fish for a couple of weeks before introducing them to your setup.

There has been little success when breeding Picasso Triggerfish at home. Even raising wild-caught fry has proven difficult, so there isn’t much point in trying to breed your fish.

Commercial operations have been much more fruitful.

When getting ready to mate, females would dig a hole in their territory for spawning.

To allow for these behaviors in a home aquarium, you would need a very large tank and many individuals, which would cause aggression issues.

Are Picasso Triggerfish Suitable for Your Aquarium?

You should hopefully now have an idea about whether Picasso Triggerfish are for you.

Caring for them is quite simple, you just need to be prepared to deal with their aggression. If you have done your research and designed your setup properly, aggressive outbursts should be kept to a minimum.

Once they are swimming around in your aquarium, you will be captivated by their unique patterns and distinctive personality.

What does your Picasso Triggerfish setup look like? Let us know in the comments below… 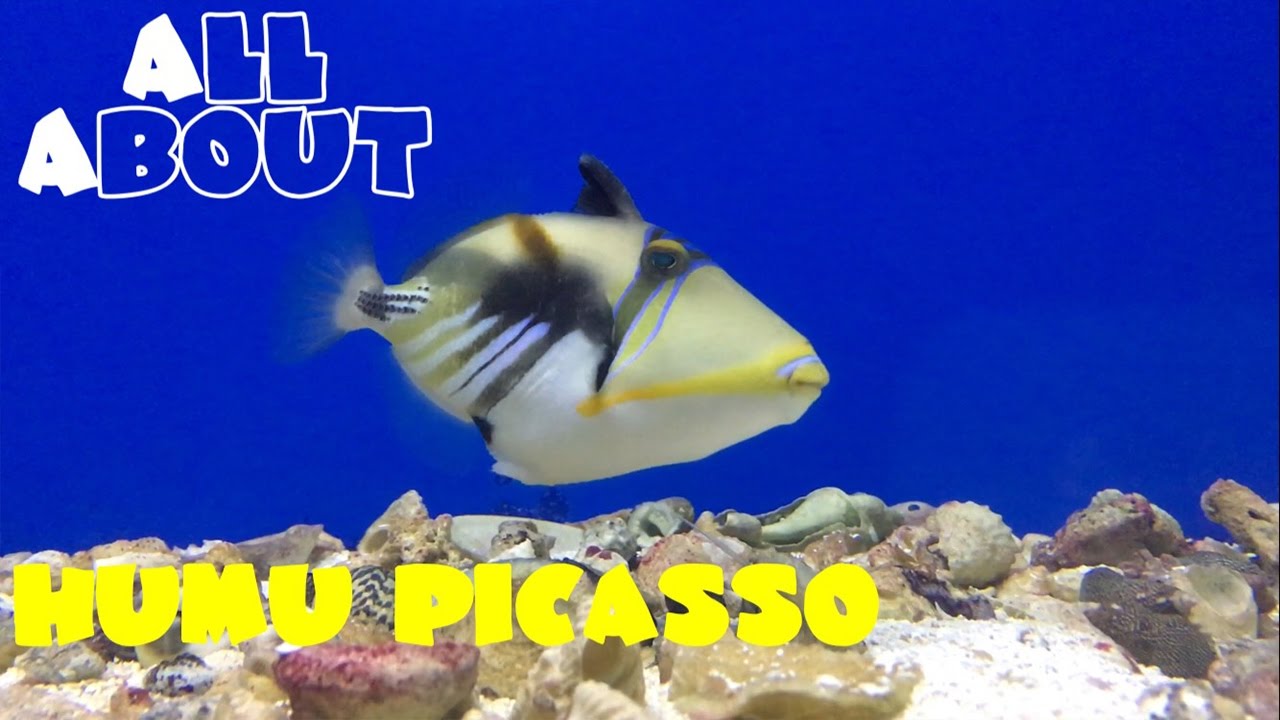