If you want to own a small, peaceful, very interesting-looking fish, the Freshwater Flounder is a good choice.

The Freshwater Flounder is native to the Northern Gulf of Mexico to northern Argentina, and Florida. Its name is misleading as this is in fact a fish that thrives in brackish water.

Freshwater Flounders are very easy to care for and can live for up to five years if provided with optimal tank conditions.

This article contains all the information you need before adding Freshwater Flounder to your aquarium. You will read about the preferred tank setup, diet, behavior, and much more… This is a peaceful, calm fish that never displays aggression towards its tank mates. Occasionally, however, the Freshwater Flounder are bullied by other fish.
Freshwater Flounders live around substrates that are silty, muddy, or sandy.

There is some confusion among aquarium owners regarding which fish are the actual Freshwater Flounder.

The best substrate for Freshwater Flounder in home tanks is fine-grained marine sand.

Freshwater Flounder costs between $10 and $12. They aren’t as cheap as some other popular aquarium fish because they can’t easily be bred in captivity, and must be caught in the wild for sale in pet shops.

Freshwater Flounder tend to hover near the sides of the tank or bury themselves in the substrate. When they do occasionally swim about, they eat live food they notice in their paths.

To get a picky Freshwater Flounder to eat, try dangling a shrimp in front of it as it floats near the side of the tank, and watch how it snatches the food with great zeal!

This is a nocturnal fish that will feed and engage in more activity at night than during the day. The Freshwater Flounder have flat bodies, resembling deflated balloons. Their mouths and gills are positioned on the underside of their compressed bodies, while both eyes are located on one side of the body. This fish does not have pectoral fins.

Black spots and thin vertical stripes cover their bodies, and their fins and tails are fringed on the edges. The underside of the Freshwater Flounder is always a lighter color than the left side of their bodies.

A Freshwater Flounder’s natural habitat is in the brackish water of estuaries. In the wild, they can only be found in the Gulf of Mexico down to Argentina, and north as far as Massachusetts, depending on the species.

Since this species likes to dig in the riverbed for food and to hide from predators, a home aquarium substrate should be smooth and sandy.

Tanks housing Freshwater Flounder can be decorated with plants that grow well in brackish water. Possible choices include Anubias Nana and Java Fern. You can add artificial plants, rocks, and driftwood to the tank to provide hiding places for Freshwater Flounder.

Freshwater Flounder are comfortable in gentle currents, and the optimal water temperature is between 72° and 86°F (24°C – 28°C).

While it is possible to keep one or two Freshwater Flounder in a 10-gallon tank, once they start growing bigger and need to be moved to a new tank, the tank should be 20 gallons or more. Freshwater Flounder are very peaceful fish and are so shy they often hide from their tank mates. This is a fish that doesn’t enjoy living in crowded tanks with too many different species.

Since Freshwater Flounder are bottom dwellers, there is a chance that they will prey on very small, slow-moving fish.

Can You Keep Freshwater Flounder Together?

The more Freshwater Flounder you want to keep in a tank, the larger the tank needs to be. However, this is not a fish that is so beautiful or active to give you cause to own more than one or two.

Freshwater Flounder are carnivores that consume small crustaceans and insect larvae in the wild. In captivity, they will eat flakes and pellets but will be much happier if you feed them small fish or worms.

The best foods for Freshwater Flounder are live or frozen meaty foods that sink to the substrate.

Freshwater Flounder are not very difficult to care for. As long as their dietary needs are met, and the tank environment is kept balanced and clean, they can live for five years or more in captivity.

There is little information about breeding Freshwater Flounder in captivity. In their native environments, they breed during the summer.

The young fish are born with one eye on each side of their heads, and as they grow one eye slowly moves over the top of the head to reach a final position next to the other eye. 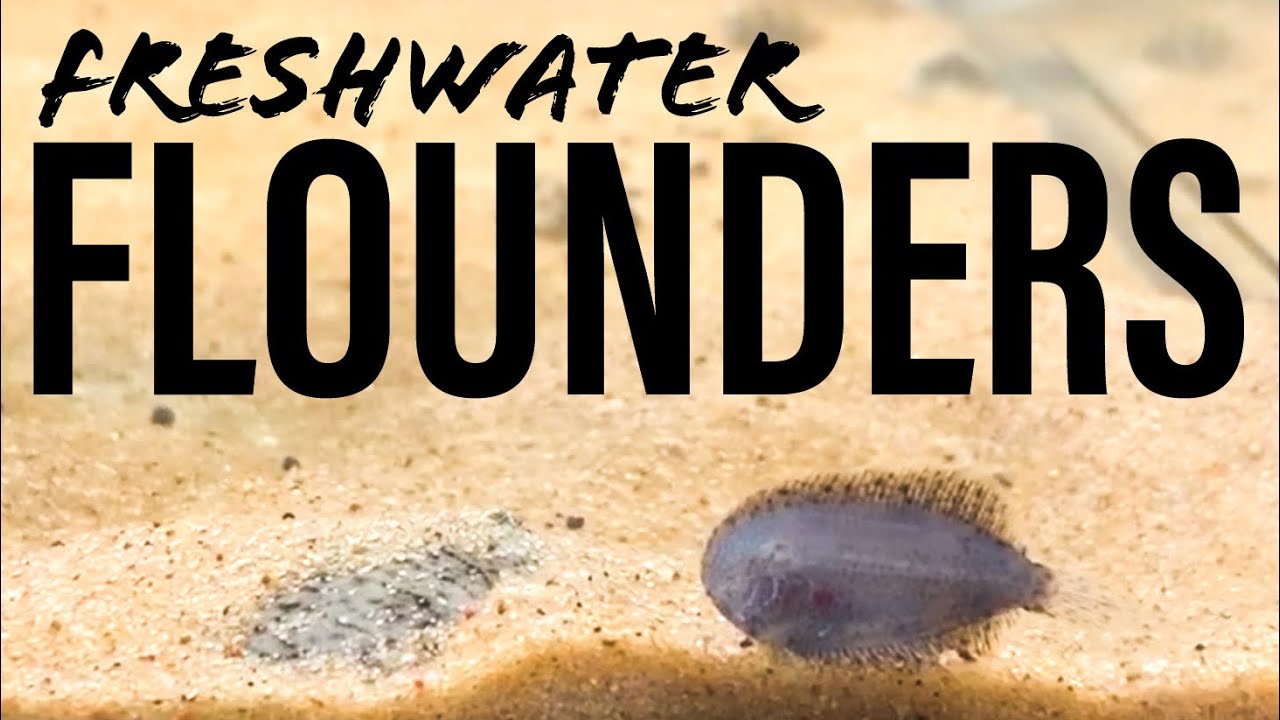 Freshwater Flounder are a good addition to your tank if you like fish that thrive in brackish water and if beauty isn’t your first priority when choosing aquarium fish.

In a large enough tank, with appropriate tank conditions, Freshwater Flounder will live for at least three years, and sometimes even more.

Are Freshwater Flounder your favorite bottom dwellers? Let us know in the comments below…

April 21, 2019 Robert
About Robert 454 Articles
Robert Woods is the creator of FishKeeping World, a third-generation fish keeper, and a graduate in animal welfare and behavior. He is also a proud member of the Association of Zoos and Aquariums, the Marine Aquarium Societies of North America, and the Nature Conservancy.